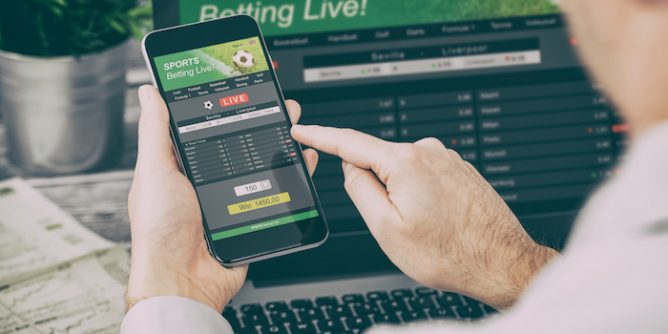 It’s four weeks since Ontario opened up its newly regulated betting market to private firms and it’s been a solid start in the province. We’ve seen some big names enter the competition from day one, whilst others still await their licence, and significant partnerships between sports franchises and sportsbooks. Here we report on the main developments.

So far there are 13 operators and 21 brands live in Ontario but many more are expected to follow in the coming weeks and months. There are big names open for business, including Bet365, BetMGM, 888, BetRivers and Unibet.

Still to come are Draft Kings and a series of real money casinos on the White Hat Gaming label. Draft Kings are of course huge in the US sportsbook market, whilst the White Hat sites will be familiar to anyone with an interest in the European casino market where they are hugely popular thanks to their strong platform with 1,000s of games and wide range of payment services.

Amongst the White Hat Gaming brands we can expect to see live in Ontario in the next few months are new online casinos including Hello Casino, Dream Vegas, Casimba and CasiGO. They normally lead with big welcome offers though under Ontario regulation we will not be able to publish those offers on our own website.

Other big names still to enter Ontario include Betway, who are already well known because they have been active in the grey market as an offshore operator until now, and Bet99.

There has been some consternation amongst those operators who went live on 4th April because competitors who are still awaiting their licenses have been allowed to continue to operate in the interim. During this time they will not be required to pay tax on Gross Gaming Revenues.

Whilst these operators believe that it is fair to carry on like this whilst the licensing process is completed, the frustration of their competitors who completed their application process in time is understandable.

Nevertheless, we expect the next round of applications to be completed in the very near future. The expected timeframe is 90 to 100 days between submitting an application and receiving a license.

BET365 AND THESCORE BET LEAD THE WAY FOR APP DOWNLOADS

The Alcohol and Gaming Commission of Ontario has yet to release figures on wagering for the first month of operations, but two reports on app downloads suggest theScore Bet is grabbing a significant market share.

After the first 10 days of business, Barclays Equity Research reported that Bet365 and theScore Bet had both achieved 24 per cent of the total app downloads over this period. Rivals Fan Duel had 20 per cent and BetMGM had 11 per cent.

A later report from Morgan Stanley that included data up to Tuesday 19th April showed theScore Bet had moved ahead to 35 per cent of downloads, with Bet365 at 27 per cent and Fan Duel at 16 per cent.

These are early figures and we would expect the numbers to change based on fluctuations in marketing activity and with many new entrants to the market over the rest of the year.

A SERIES OF BIG PARTNERSHIPS ANNOUNCED

Another feature of the early weeks of the Ontario market has been the announcement of partnerships between betting firms and sports franchises in the country.

Earlier in April we reported on a partnership between the NHL and BetMGM and Fan Duel which will mean both companies will be able to use NHL branding to promote their products and reach out directly to fans of the nation’s number one sport.  This partnership is an extension of an existing, successful one in the States.

Through these teams and venues, Fan Duel and BetMGM can expect to gain great exposure for their brands and products in the heart of Canada’s sports market.

We eagerly await the publication of the Alcohol and Gaming Commission of Ontario’s first month’s revenue numbers which will give a true indication of the early size of the market. Whilst no one is expecting figures that match up with the extraordinary handle seen in New York in its first month at the start of 2022, expectations are still high. And over time it is believed that Ontario will grow to become one of North America’s biggest gambling markets.