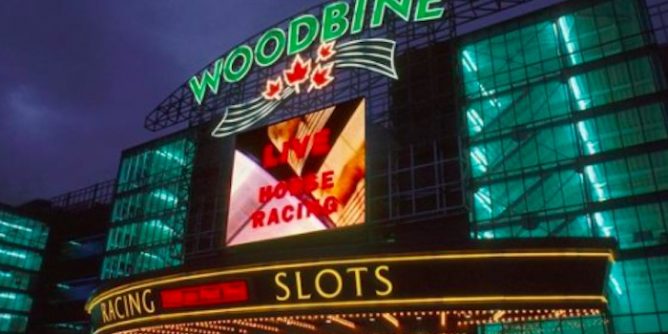 With an announcement on the launch date for Ontario’s new online gambling market imminent, Great Canadian Gaming have made a last-ditch attempt to persuade the government to give offline casino businesses exclusive rights to the market for the first two years.

The entertainment firm, owners of hotels, casinos and racetracks across Canada, have submitted a report to the Ontario government which builds the case that the online market could be damaging to their own business interests. It says that online gambling will cannibalize offline revenues as customers will move their spend to online betting sites instead.

According to the report, written in 2021, as many as 2,600 jobs would be lost from offline casinos and the treasury would be down $2.8 billion in tax receipts due to the lower tax applied to online betting – 20% compared to 55% for offline.

On this basis, Great Canadian Gaming has asked for a two-year period during which casino companies would be given exclusive rights to take bets online whilst the government makes serious attempts to crack down on unregulated gambling sites in the country.

Offline casinos and racetracks suffered financial losses in the last two years due to the pandemic. Ontario is only just lifting its latest lock down restrictions following the latest wave of COVID.

Whilst figures like $2.8 billion in tax losses appear to create a compelling argument at first sight, the report does not stand up to scrutiny and critics and others in the gambling industry in Canada do not believe that Great Canadian Gaming’s efforts will affect the launch of the new market.

Online betting is already big in Canada, it is just that in the absence of a properly regulated gambling market consumers are spending at sites run by foreign operators licensed in the European or South American jurisdictions. Under new laws private businesses will be licensed by the newly-formed iGaming Ontario body and taxed by the Ontario government.

Critics therefore say that the report is founded on flawed logic. They also say that Great Canadian Gaming’s arguments are a cynical attempt to claw back revenue lost in the pandemic and come too late in a process that began three years ago.

Much money has already been invested into preparing for launch in the Ontario market by big players like theScore and BetMGM. Big media brands like The Toronto Star are also planning to launch betting products in the newly regulated market.

It seems that the government does not agree with Great Canadian Gaming’s report either. In response, the press secretary to Attourney General Doug Downey, Natasha Krstajic, said that a newly regulated market will “complement existing land-based (casino) gaming activity by providing a new opportunity for Ontario’s land-based operators to expand into iGaming to diversify revenue sources and cross-promote between online and land-based sites.”

Bearing in mind how far Ontario has come towards regulation and with many in the industry and government keen to avoid further delays to the opening up of the market which was originally planned to take place before this year’s Super Bowl, it seems unlikely that this report will have any affect. But time will tell.

Keep reading The Casino Heat for the latest updates on the online gambling market in Ontario, as well as reviews of the latest legal Ontario Online Casinos.

Who Are Great Canadian Gaming?

An entertainment and hospitality company with 25 gaming properties in Canada, including 12 casinos in Ontario, including Woodbine, Ajax and Pickering. You can visit their website here. In September 2021 the company was sold to Apollo Global Management, an American global alternative investment management company.