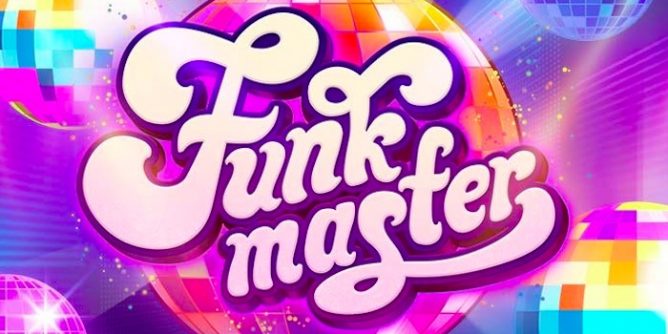 This April, kings of online slot games, NetEnt from Sweden, are preparing to launch a new grid game with a 70s disco vibe that is sure to get you dancing. It’s called Funk Master and it will be live at real money casinos here from 28th April.

Fans of NetEnt may remember Disco Danny, a similarly neon-lit Saturday Night Fever-inspired slot game that arrived back in 2020. Funk Master treads similar ground in terms of style but with regard to features it is a much more compelling slot game.

Funk Master certainly looks the part – previews show a gleaming 8×8 grid of reels and rows stacked with shining, multi-colored glitter balls against the backdrop of a techno-inspired dancefloor whilst a driving bass beat plays in the background.

But it’s the features that slot fans in Canada care about and Funk Master has some ace cards up its sleeve in that respect. Each one utilises the theme of the game so you get Dancing Wilds and Dancing Wild Hotspots alongside your free spins and multipliers as well as, of course, the Cluster Pays mechanic with Avalanche Wins.

As the game starts, 64 symbols will drop into positions on the grid and clusters are made up of five or more identical icons. And Dancing Wilds can drop at any time – when they form part of a winning clusters, they remain on the board and dance into a new empty position left behind in the latest Avalanche.

But surely the highlight of this slot will be the Dancing Wild Hotspots that form an illuminated 2×2 space on the grid. If clusters cover all four positions in the Hotspot then another Dancing Wild is added to the game.

Funk Master also promises multipliers of up to 10x and a free spins round triggered by landing 3 or more Dancing Wilds simultaneously. Six spins, 3×3 Hotspots and Sticky Dancing Wilds all then form part of the game.

And finally, if all positions in a Hotspot are unlocked in the free spins round then the grid expands by 1 more row, up to 12 high at the maximum level.

This expanding grid mechanic is one that we see more frequently in online slots since Big Time Gaming’s awesome Megaways™ game engine first arrived back in the 2010s.

WILL FUNK MASTER BE A HIT?

Here at The Casino Heat we’ve only had a brief glimpse of Funk Master so far but it looks like the kind of slot that is going to be inspiring a lot of gameplay once it hits the online casinos later this month. It’s bright and shiny graphics and up-tempo soundtrack certainly pull you in before you even start playing, and the relentless Dancing Wilds and Hotspots will surely keep any player on their toes throughout.

One thing to be aware of is the high variance level set by NetEnt. That makes it a risky game that will distribute its wins unevenly so you could be waiting a long time for the payouts to drop. It’s jackpots are also topped out at 3,337x which is well below what we expect from video slots these days.

However, Funk Master does run at a 96.04% RTP which is just above average and promises good value gameplay.

We’ll be checking out this slot in more detail closer to the time of its release in our review pages. For now you can play all the latest games from this developer at any of these NetEnt Casinos.